You are here:
Pipe Band News 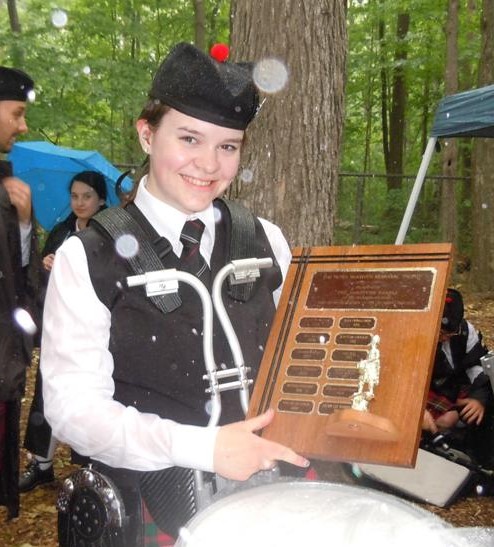 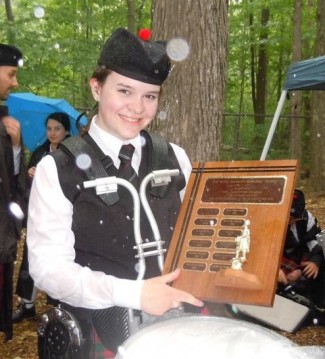 June 28, 2011 – Kingston, Ontario – Erica Pulling has been awarded the Peter McKinven Memorial Award which is handed out annually to a drummer who shows dedication and commitment to the Rob Roy organization throughout the year.

The award was handed out in front of both bands at the Georgetown Highland Games on June 11, 2011 while the group huddled under tents to keep out of the rain.